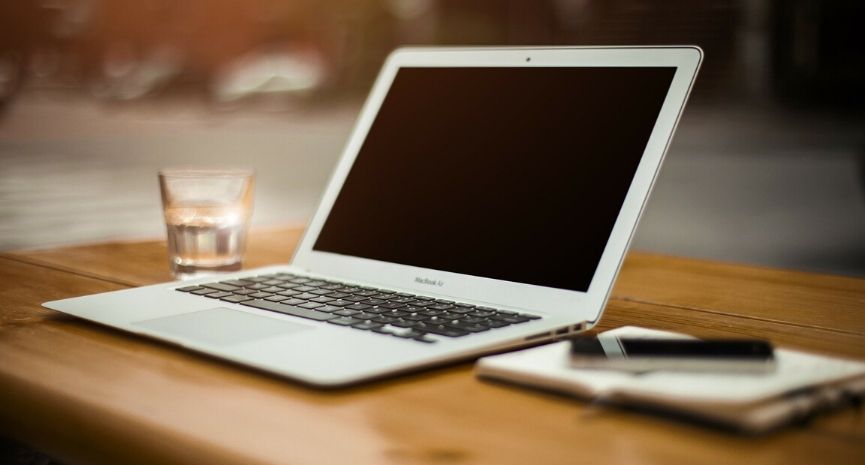 Avast Secureline VPN has always been an antivirus software, but it does provide VPN services also (surprisingly). It is one of the few above-average VPN service providers that provides a mid-range amount of features.

Considered one of the above-average priced VPN service providers, it has several good things to offer. To clarify, Avast VPN is also known as Avast Secureline VPN.

Avast SecureLine VPN Review in 2022 : Why Choose it?

What are the number of servers and server locations using Avast VPN?

Avast SecureLine VPN has a total of 55 servers across 34 countries. At cursory glance when you visit their official website, they are not very keen to promote their number of servers and server locations.

That may seem very secretive as a lot of VPN service providers are very open about their number of servers available.

Users who have used Avast SecureLine VPN before mentioned how it is a supremely easy to use with very little problems at hand. As you are connected to the servers, the client interface has been designed with newbies in mind. The simple on-screen directions is enough to direct the new users accordingly.

Its content access is pretty diversified if we can put it that way. According to our users, one of the most talked about content access is for Netflix. We found out that starting in early 2019, Avast SecureLine VPN has improved its Netflix support considerably.

A new German location has been added and server speeds have increased. With that being said, that means it is possible for you to watch Netflix in any quality you want.

They began by trying to access US only contents and the results were surprising. Coming from countries where even some YouTube contents were blocked, the same contents were not blocked when connected to the US servers. They were able to access and view YouTube and Netflix contents.

However, when they were connected to a UK server, the results were a bit more disappointing. When they tried to access BBC’s iPlayer, it was unsuccessful. Some contents on Netflix were unavailable too, so to speak. When the websites detected the VPN, it displayed a standard “content is not available in your location” as a warning message.

There were even mentions of how connection breaks every 1 hour on average. That can be very annoying as it interrupts your download speed and viewing session.

Now, sometimes that happens because some regional Netflix (and other streaming sites) barred users from accessing their contents with the help of a VPN. It can be due to creators’ rights or copyright issues.

If this issue persist, it is good to access the contents with the help of a different server. It may have painted Avast SecureLine VPN in a not-so-great picture, but that issue has improved immensely over time.

According to some users, they mentioned how eventually after a period of time when they tried to log back into the same server things were a lot different. They mentioned how they were able to view Netflix content without much difficulty.

The same group of users said how Avast SecureLine VPN has improved its ability to unblock geo-restricted Netflix content. Its connection, however, is still not quite 100% stable yet.

Avast brags about how fast their VPN service is on their official website. Some users who have tested that out ported back saying what Avast SecureLine said is true.

Without the VPN connection, the user’s download speed was 98.71mbps, and his upload speed is 53mbps. His ping (latency) is 7ms.

When the user connects to a Netherlands server, the speed connection fare better. The upload speed was 39.44mbps after connecting. The download speed was 65.97mbps. Latency did not spike as bad when connected to a USA server at 34ms.

Comparatively, users said that people will have fairly decent speed of up to 72mbps for the European servers. The USA speeds were reported to be a bit lower for some users at 37.2mbps.

When connected to a UK server, the download speeds were reported to be consistently high at 50-60mbps on users’ 75mbps test line. When they switched to nearby European countries, users expect high performances, which they did.

Unfortunately when the users were connected to a Polish server, the results were not that great. Running on the same 75mbps test speed, the users have only received anything from 12 to 31mbps. That speed is slower and less consistent than the users’ expectations, although it is still usable for most tasks.

With that being said, it is a highly acceptable speed for most browsing activities. You will still be able to watch high quality contents from your favorite streaming sites such as Netflix, Shudder, and whatnot.

Although the aforementioned benchmarked speeds have been reported by users, the actual connection speed may differ and vary. As a VPN service provider, Avast SecureLine may continually optimize the server speeds so the latest speeds may be higher than mentioned.

Avast SecureLine is not as fast as promised but its speeds are perfectly acceptable for everyday use. If you need to use only one or two servers in some really common locations (like London or New York), then you will be fine. If you are looking to connect to a server that is further afield, then your speed luck will run out of fizz pretty fast.

What are Avast Secureline VPN’s privacy and security features?

First and foremost, Avast Secureline VPN practices a no logs policy. That simply means it will not keep any of your private information and data. Its privacy policy says that the service does not save any information that can help to identify your personality as auser and does not save connection logs.

Although they have mentioned as such, you will still have to be aware and be alert with their privacy policy. Users have recommended that you do not confide in Avast SecureLine VPN in solving all privacy tasks. Especially the delicate information and data.

With that being said, the point is that Avast SecureLine VPN has double jurisdiction – in the UK and in Czech Republic. The UL is part of (and is a member of) the reconnaissance alliance – 5 eyes. There is no way or guarantee that users will not be tracked in some circumstances.

We have also come to learn that Avast SecureLine is not as safe as it seems. If you are familiar with VPN technology, you will know that all device traffic must be encrypted and packed into a channel. A channel that is established between the computer and the VPN server.

Some users and tech wizards have mentioned how Avast SecureLine VPN can intercept and re-route into a channel not entirely of its traffic. That can be impossible to detect without using a special network activity analysis programs.

A user have tried to look into the backend of how Avast SecureLine works by using a special software. The results were pretty surprising so to speak.

The user said when he has checked the VPN service’s backend when connected to it, his data and other private information should go to an IP address belonging to the VPN service provider. However, not all of his internet traffic went to Avast SecureLine where only 85% of it made it over.

The remaining 15% of his internet traffic (and whatever other private information and data there is) was sent to another IP address. As a troubled user, he advised all new users to turn on the kill switch option that is available within Avast SecureLine VPN.

What are Avast SecureLine VPN’s subscription plans and exclusive deals?

Each plan comes with a period of free trial. By free trial they meant the 30 days money back guarantee. If you are not satisfied with the VPN service it has, you can always unsubscribe before the 30th day period and have your refund back in full.

Should you be using Avast Secureline VPN?

Yes, one of the best features that Avast Secureline VPN offers is that it is user-friendly. For the tech newbie, this is one of the best VPN service providers you can ever choose on the market.

Not forgetting to mention how the user interface is pretty straightforward to use. It even looks clean and uncluttered according to some users, so that is a plus point too.

Some users said that another good thing about this VPN service provider is that it does not download malicious files. Although VPNs protect you and your online identity, it does not prevent you from downloading potential viruses into your computer. That is easily out of their field of work as a VPN software.

Avast SecureLine VPN is different. Aside from being a VPN service provider, it also helps prevent malicious files from downloading into your devices. That is actually a pretty sweet deal if we may add.

The Cons of using Avast VPN

The downside is perhaps that users will have a very difficult time in trying to access Netflix. Users have complained how they have to change their server choices several times before being able to access Netflix.

That and the fact that when they have finally access Netflix, the connection was not stable. The connection breaks easily every 1 hour on average, which makes watching Netflix shows tedious and tiring.

At the same time, we have to say Avast SecureLine is a bit more on the more expensive side, especially when you opt for its Android and iPhone/iPad options.

Overall, we would say it’s actually an all right VPN service for users who are new to the VPN scene. If you are a new user who is looking for a basic VPN service then Avast SecureLine VPN will be a very good choice for you.

Though not the best VPN service available, it does meet a lot of basic VPN needs.

Is the Avast VPN any good?

Avast VPN is a reasonably good VPN solution, although it will not measure up to its antivirus counterpart’s success. Their VPN is incredibly easy to use, so new users can feel unthreatened by its non-complicated features. All in all, Avast isn’t exactly a bad choice, but it certainly is not the best one on the market.

Does Avast come with VPN?

Yes it does apparently. It is, however, not as popular and successful as its antivirus counterpart if we can put it that way. Avast SecureLine VPN is a VPN service provided by cybersecurity company, Avast. Avast does offer several other cybersecurity products, including an antivirus software.

How do I turn on Avast SecureLine VPN?

Next, select the Network Security option tile on the left side of the panel. Click on the box next to Turn on automatically. Avast SecureLIne VPN will now connect automatically when your PC connects to an unsecured Wi-FO network.

If your Avast SecureLine VPN is unable to establish a connection, we would recommend you follow the steps found here.

How do I get rid of Avast SecureLine VPN?

Avast VPN, or also known as Avast Secureline VPN, is a VPN service developed by Avast Spftware s.r.o. A Czech multinational cybersecurity software company based in Prague, it has always traditionally been an antivirus software.

Is Avast VPN worth it?

Yes, given the extensive compatibility with many devices such as Android, Microsoft Windows, macOS, and iOS operating systems.  Besides that, Avast SecureLine encrypts users’ internet traffic and redirects it through a tunnel from its data centers which ensures your privacy and security as it is capable in changing the geolocation of the IP address of its users to one that is selected by the VPN servers.