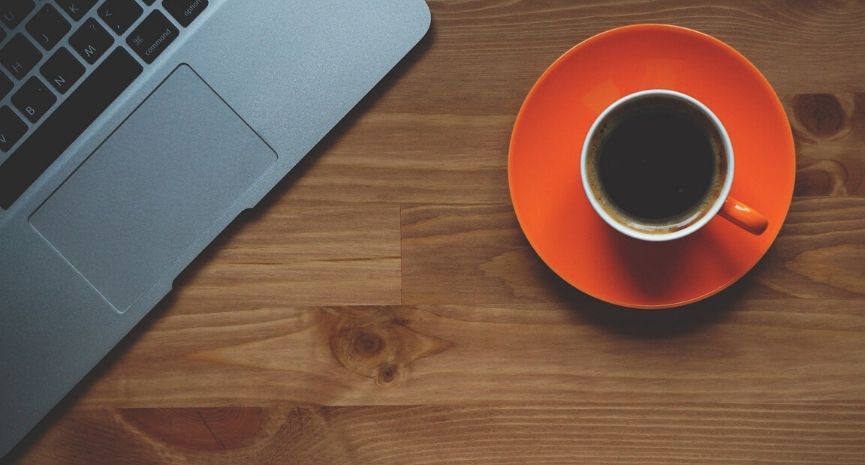 IPVanish, at cursory glance, comes across looking as a really fresh VPN service provider. They gave new users a certain vibe that they are young and fun while helping you keep your online presence secure and private.

Surf the web without a trace. It takes more than a private internet browser to go incognito. IPVanish is ready to make your real IP address disappear so that your online activity cannot be tracked.

Secure your internet connection and don’t put your personal information at risk. IPVanish claims that it is a price you will be regretfully paying when using Wi-Fi. You can also get around censorship filters with the help of IPVanish’s VPN service.

IPVanish VPN Review : Why Choose it?

At cursory glance, we have received mixed feedbacks of IPVanish. People who have used it seems to have different opinions of the VPN service provider.

What are the number of servers and server locations using IPVanish VPN?

IPVanish is not the best VPN service available among other larger VPN companies.

As a relatively young VPN service provider (8 years and counting), IPVanish has over 1300+ servers across more than 75 locations. In North America, it has 790 servers alone, and 466 servers in Europe.

As mentioned previously, usually the more servers there are the more popular the VPN service provider will be. By the number of servers it have, we can come to a conclusion that IPVanish is considered entry- to mid-range.

To put IPVanish next to each VPN service providers and compare the number of servers it has. You can see how IPVanish is much smaller in terms of the servers they have to offer.

People who have used it before said the servers are remarkably stable. Not once has their connection dropped during their period connected. The key takeaway here is that for a VPN service with less server options in comparison, it actually turns out pretty well.

Using IPVanish, you can access a lot of contents online. It’s what VPN service providers are supposed to do – unblock contents and websites that are banned.

You are, undoubtedly, able to access popular sites and platforms such as Facebook, Twitter, and YouTube. A lot of blocked websites you are able to access with the help of IPVanish. However, users have mentioned how you will not be able to access some other popular streaming sites such as Netflix and Hulu.

Although it claims to be a very reliable VPN service provider, it’s pretty disappointing to know that you won’t be able to access your favourite contents on Netflix. Or Hulu, for that matter. I guess that if you really wish to access Netflix, or get a VPN so you can access the popular streaming site, then IPVanish is not for you.

We should also mention how for a VPN service, it does not openly boast its unblocking abilities. Fair enough since it isn’t able to unblock Netflix and Hulu to mention. Not every VPN services can unblock every sites and contents.

Furthermore, we came to learn that IPVanish is not accessible in China. That means if you were planning to download and subscribe to IPVanish’s services to bypass China’s great firewall, you will not be able to use it while you are there. You will need to find another alternative VPN service provider then.

How fast is IPVanish’s connection speed?

Connection speed is another important factor to consider before choosing any VPN service, and IPVanish is no exception to such consideration.

According to some users who have tried using IPVanish before, it seems that its connection speed isn’t exactly its strong suit. A user from Europe said his baseline connection speed was about 160mbps. When connected to a German server, his speed decreased to 87mbps. That obviously was not a good sign as that was a 50% reduction in baseline speed.

The same user said the speeds were not horrible. However, that does not mean it is one of the best to choose from in terms of speed. Its connection reduction pale in comparison to most other leading VPN service providers if we can put it that way.

Although the speed reduction was by quite a huge difference, that does not make IPVanish the worst performing VPN service provider. Users have backed IPVanish up saying that you can’t really choose a VPN by its speed alone.

With that being said, we have previously mentioned how speed may decrease as you are connected to a server that is further away from your current location. That and the fact that the more people who are connected to the same server, the more lag you will experience.

Then again, most times the speed reduction will less likely have a huge setback and hindrance to your overall internet usage. With that being said, we’d advice you to connect to servers that are physically closer to your current location.

We understand that privacy and security features is something users will take into consideration, hence we have included this section as such.

Some people who have used IPVanish said that its privacy policy is a bit hard to grasp. It’s lengthy but mostly understandable. It does mention what people want to know – that it practices 0 logs policy and does not sell or rent any private information to 3rd parties.

To prove their promises, VPN service providers sometimes underwent a 3rd party audit firm to show that they do indeed keep your privacy and security. NordVPN had its 0 logs policy audited. TunnelBear has committed itself to releasing audits of its service every year. IPVanish, however, hasn’t done any of those.

We have also came to found out that IPVanish uses a 256-bit encryption on the OpenVPN protocol by default. Its SHA512 is used for authentication, and a DHE-RSA 2048 key exchange supports perfect forward secrecy.

Its security are all updated and 100% secure encryption standards. What more, with its perfect forward secrecy ensures that past traffic data can’t be decrypted even if a hacker tries to obtain the current decryption key.

As IPVanish is based in the USA, some users may find that disconcerting. They may be wary because the USA is a country known for the NSA, FBI, and other law enforcement or intelligence agencies. The same agencies where they’d covertly spy on people with the help of US-based tech firms.

Even with all that said, some users are (and will) still be put off by any VPN providers based in the USA, or any countries that co-operates with on intelligence gathering.

Even though IPVanish is based in the USA, you can be rest assured that it is one of the few providers that owns and operates all its physical hardware. They don’t rent their hardware from any 3rd parties. Most VPN service providers simply rent servers, IPVanish buys them. That simply means IPVanish maintains greater control over who has access to its servers.

Although it buys and maintains its own servers, there are (obviously) downside to this also. It makes a VPN service provider less flexible under some circumstances. They can choose to lower their privacy or security standards. It is a lot easier to end a lease and rent another somewhere else compared to physically moving a server.

If you have read this far and still wonder if IPVanish keeps you data or not, the short answer is no. That’s what 0 logs policy means. The VPN service provider do not keep any of your private data and information.

What are IPVanish’s subscription plans and exclusive deals?

IPVanish has 3 subscription plans for you to choose from.

Should you be using IPVanish VPN?

Perhaps the good thing about IPVanish is that it is considered easy to use compared to other VPN service providers. Since it does not have a lot of features and its interface is very uncomplicated and user-friendly, it makes VPN usage accessible to new users.

Another good thing about this VPN service provider is that it is considered one of the cheaper options. Although it charges close to US$12 a month, that is considered above average pricing of US$10 a month.

Even then, if you were to subscribe to its 3 months or 1 year plan, it will be a lot cheaper (anywhere from US$8 to US$10 on average a month). For the average user, this is actually a pretty good price to pay for a VPN service in all honesty.

The Cons of using IPVanish

However, some users said that they are able to access Netflix during the trial period. Even then, that isn’t good enough as it may be a kind of false hope for new users.

On top of that the huge reduction of connection speed may be a turn off for some users. Although there may be a need for speed, some people have a thinking that if the speed reduction is by beyond 50%, it can come across as unstable.

Generally speaking, we can come to a conclusion that it is a really good VPN for the average user. It isn’t our first choice, but it works great if you want to access contents and blocked websites that is not Netflix and Hulu.

With that being said, we have to reiterate that it is a good VPN service provider for those who are looking for a VPN to access blocked websites. That and the fact that the person isn’t too keen on streaming sites such as Netflix and Hulu.

If you are looking for a VPN service to access Netflix, then IPVanish is certainly not the option recommended for you.

Why is IPVanish so slow compared to other VPN service providers?

Although IPVanish is notoriously known to be a lot slower when connected compared to other VPN service providers, it does not mean that it is unusable.

To get away from such problem, your obvious step to take is to change servers to one that is closer to yours. And to one that has less users connected to it.

Changing servers occasionally is good for your overall VPN safety too. Just saying!

Can I leave IPVanish on all the time?

Yes, you can leave IPVanish on all the time. Although you may (and can) do that all the time, it is beneficial to turn it off every now and then.

It depends on your online security needs if we can put it that way. If you are very concerned about your online safety, then keeping the VPN on is all right. If safety and security isn’t a huge matter for you, turning it off for a while every now and then is all right.

Where is IPVanish VPN company based at?

Unfortunately no, IPVanish does not free trial version for its users. But IPVanish offers 30 day money back guarantee where users could opt out of their subscription plan if their VPN service is proven to be unsatisfactory.

Is IPVanish better than NordVPN?

No, NordVPN is proven to be better than IPVanish. This is factored by the location of IPVanish, located at United States – under the Five Eyes Jurisdiction (Australia, New Zealand, United States, Canada and United Kingdom) whereas NordVPN is located in Panama, beyond the Five Eyes, Nine Eyes (including Netherlands, France, Norway and Denmark) and Fourteen Eyes Jurisdictions. These countries may have their own set of Detention Law and possibly make law enforcement requests to dictate a VPN service company to surrender crucial user data and personal information that would put users’ privacy and security at stake.

Also, NordVPN has a more comprehensive streaming services – Netflix, Hulu, Prime Video and Disney+ with no interference whereas IPVanish’s Netflix accessibility is only limited to certain regions.